The love of polymer clay canes

I'm getting over a respiratory illness that my dad was kind enough to share with me. Thanks, dad.

Here is what's been going through my mind, though, since I have zero energy to create anything at the moment: CANES. My first love. So cool, a design that goes through a log and gets sliced off to be used a million times (or until the cane is gone).

There are so many amazing cane creators. If you never want to make a cane yourself, you can still make incredible things with canes purchased from people who make canes for a living. Ivy Niles is one of these people, and her company name is ikandi clay. She creates intricate mandalas, flowers, leaves, and a myriad of critters as well as little bits and pieces to adorn whatever you are creating. I highly recommend a look at her Etsy shop and her Facebook page if you want to see an expert caner's work! 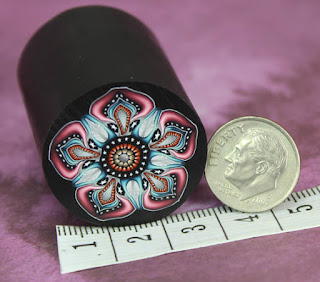 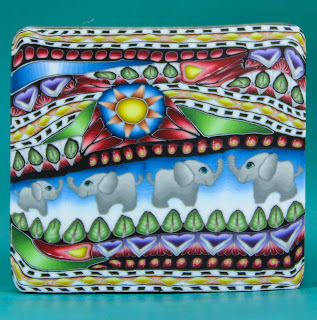 At one time, I posted to my blog fairly regularly! Really, I did! But here I am, almost 2 years after my last blog post. Where has the time gone??

Since my last post, so much has happened, I suppose it makes sense that something had to give. But truthfully, I think Facebook has managed to steal some of the time I used to spend on this blog. Okay, a lot of the time Too much time. Oddly enough, I have been neglecting my Facebook "business page" as well. So. If you want to know more, keep reading. I have a little time now, and some beads and an egg in the oven, curing.

First, I enjoyed the retreat/workshops in Indiana. It was fun meeting Cynthia Tinapple of Polymer Clay Daily fame in person. as well as some of the online polymer clay people I've "seen" but never met. I found the person who blocked me on Facebook, and once we talked, we found that we enjoyed many of the same views. She did not even remember blocking me. We are now Facebook friends. I roomed with Ponsawan Sila, a truly amazing woman who does beautiful polymer clay work while caring for her disabled daughter, who was in a serious car accident about a decade ago and suffers from traumatic brain injury. (She is now living in Thailand, where she was born and raised, along with her daughter.) 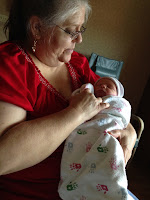 In August, my grandson Ezra was born. He and his parents, my daughter and son-in-law, were living with us so I got to enjoy seeing him quite a bit. He spent a week in the NICU because of fluid in his lungs, but recovered and came home. Needless to say, it was busy around here, since I am still caring for my dad, who has Parkinson's. Six adults and one tiny baby in the house... PHEW!

I attended another Indiana retreat last year (2017) and got to meet Libby Mills. She was so cool! I stayed in a hotel off-site by myself and it was great for my introvert soul. Libby (and others!) were excited by my eggs, and bought several. I hadn't brought as many as I had the year before. That was uplifting. I am not good at dealing with compliments, so a part of me wanted hide under the table. Ron Lehocky was there again, with his wonderful hearts.

My daughter and her little family moved to Carbondale in the fall of 2017, so my son-in-law could go to school. I drove the U-Haul truck when they moved. We were all a bit frazzled, but survived. 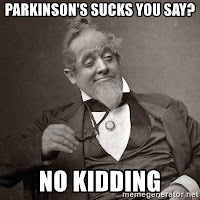 My father has begun seeing a movement specialist in St. Louis, a three hour trek from us. We've made 3 trips down so far. I'm not sure it has been helpful, although at first I had a great deal of hope. They've added medication, and that has caused him to have dyskinesia that he did not have before. He began falling more frequently and his speech disintegrated. To some extent, I am at odds with his doctor down there - I reduced the medication and he is somewhat better, but the doctor wants him to go back up. Parkinson's sucks, but so does the medication.

Between all of the fall busy-ness, I was asked by The Polymer Arts magazine to submit photos and information about myself for one of their issues! Freak out! So I did, after finding someone to take good photos, and my blurb was in their winter issue. They called me an "accomplished artist," imagine that. There was a misspelling of my last name in the title, but the article was well written.

My own health issues have also wreaked havoc. I suffer from depression and Fibromyalgia, so throughout this past couple of years it has been difficult to pull my muse out from her deep hole. Watching current events has not been good for my psyche either, but I guess I feel the need to keep up. I have been getting back to my clay, albeit slowly and somewhat painfully.

Stepping out of my bubble

Tomorrow I am travelling to Indiana to attend my very first polymer clay retreat. I've been playing with clay for a little over 15 years (some years a little less, some years a little more) and I finally signed up, took the plunge, sent my money, hoping that the stars would align and nothing would pop up to prevent it! I am excited. And a little nervous.

I'm excited! I get to meet some of the people I've met along the way on the internet! Polymer Clay Daily's Cynthia Tinapple is going to be there to teach us, and that is very cool. Ponsawan Sila is going to be teaching and I'll be sharing a room with her. 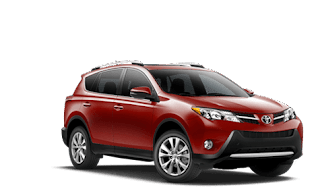 I'm excited! I will be driving 3 1/2 hours by myself, so I will listen to music, maybe some podcasts, maybe just have quiet and watch the flat landscape of Illinois and Indiana as it flies by my windows.

I'm a little nervous, too. I have become a bit of a hermit. I've been a caregiver for my mom and dad, and then just my dad, for about 8 years. The friends I made while my kids were growing have taken other paths, and I have not spent much time nurturing the friends that remain in my circle; I don't have very much energy. So now I'm jumping into a group of other people who are strangers, physically, even though I've seen their facebook posts and had online conversations.

I'm a little nervous because one of the attendees is a person who chose to block me on facebook. That should be interesting. I said something several years ago on a facebook group we both were part of that she found insulting, and poof! I could no longer see her posts. Anywhere on facebook. The only time I noticed was when she participated in a conversation in one of our shared groups and someone else responded to her invisible text. Very strange. 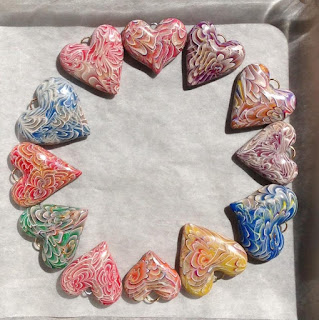 I am probably packing too much. I plan on packing my hearts for charity in hopes that someone will be interested in buying one. Currently the money is going to a facebook polymer clay buddy whose family is in a bind because her husband has cancer and lost his job. My goal is to get to $300, and then I will choose another goal for another charity. So far we have gone to $200, and I know they can use $100 more for groceries.

So off to bed I go, to sleep I hope and wake up refreshed and ready to travel! Wish me luck!
at 11:28 PM No comments:

It looks like the Bead Soup Blog Hop is off. The organizer/creator has been dealing with a long-term chronic illness, and unfortunately life has not been kind to her lately. I hope that things improve for her. It sucks having to make decisions like this and feeling like you've disappointed people, but we have to look out for our health and not worry about what other people think.

I had my trigger-finger surgery yesterday. I am not dealing with a lot of pain, thankfully, and I can actually type! But I can't do a whole lot other than that without pain, so clay is going to have to wait. I have enough osteoarthritis and pain from fibromyalgia that one more pain... 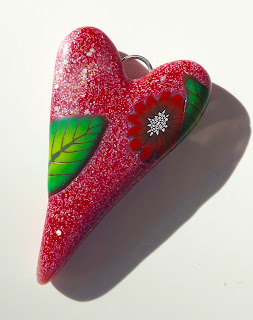 Last year threw challenges at me that had nothing to do with polymer clay. I did not complete the polymer clay challenge I began last year. I signed up for the Polymer Clay Adventure online retreat, and only really looked at a couple of the tutorials.

Depression hit in March. My dad's health suddenly went south shortly after (I take care of him here at my house, normally not terribly overwhelming, he has Parkinson's) because of a toe infection. I would never have thought a toe infection could set someone back so badly, but that's apparently not uncommon for Parkinson's patients. He was not able to walk or talk or even feed himself properly. This setback took him months to overcome. Fortunately my husband retired at exactly the same time everything went to hell in a hand-basket.

From December of 2014 to December of 2015 we had to say goodbye to 3 out of our 4 remaining kitties. And we are now back to having a full house of people since my daughter and her husband came back to live with us (temporarily. Really, just temporarily.)

So here I am in January 2016 and I'm not promising any long-term goals at the moment. But I am going to sign up for the Bead Soup Blog Party!

Yay! Another vase! Many views, one vase. As usual, I wasn't sure I liked it until it was completed... Click on the picture to enlarge. Pardon the cat fur on the background fabric! 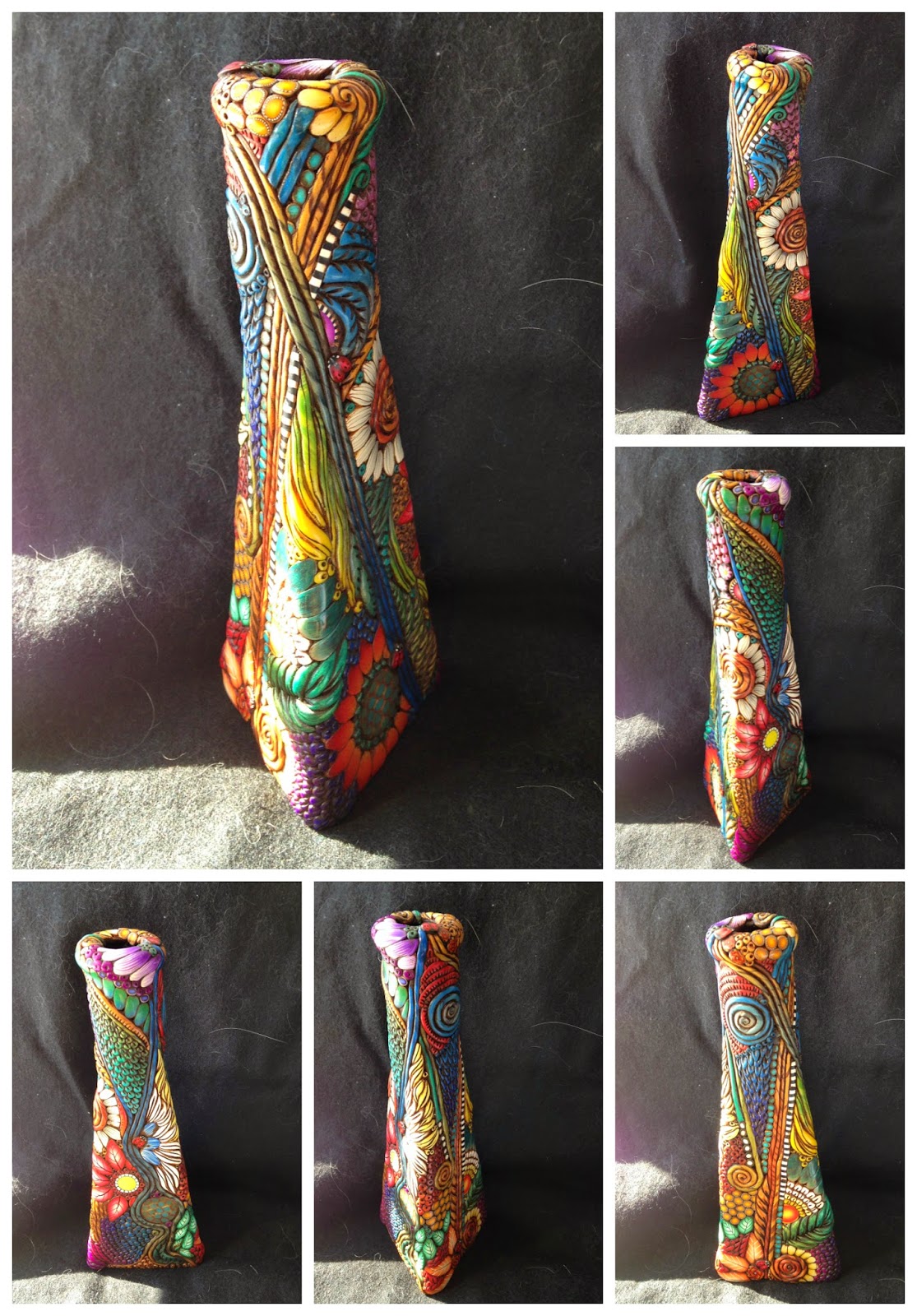 I was very busy the first week of January, bathrooms torn out and chaos everywhere. So I spent some time this past week on a smaller vase to fill that week 1 spot - keeping it simple, which is very very hard for me to do. My inclination is to keep filling the space, so I forced myself to stop!

The week 4 vase is a mixture of simplicity and doodle. I need to take some pictures that are not in front of a window, but for now... The top is sort of a skyward view, the bottom more of a ground view with a stream running through it. 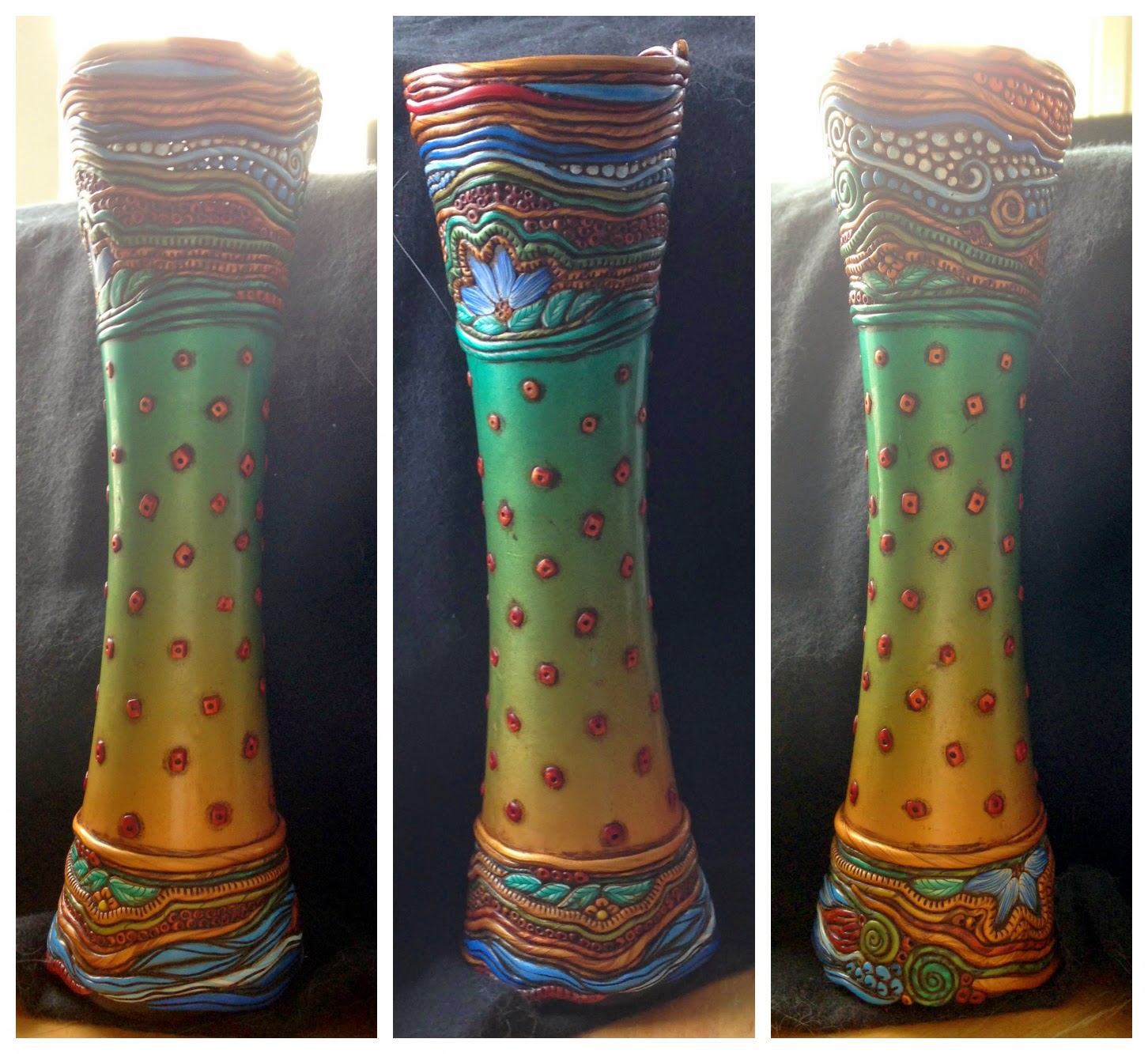 You never know where life will take you.

Buy a bunny a little time...

donate to the House Rabbit Society